This weeks’ reading covers Chapters 5 and 6 as we look at: Marriage Teaches Us to Respect and Good Marriage Can Foster Good Prayer. Today’s writing is about the power of respect.

“Few Christians think of giving respect as a spiritual discipline. Obsessed with being respected, we rarely consider our obligation to respect others.” – Gary Thomas, Sacred Marriage

Obsessing Over Their Faults

Several years ago, I sat in my workplace cafeteria having lunch with several co-workers. As my spoon scraped the bottom of my key lime Greek yogurt container, the women around the table were scraping the bottom of their conversation options—and their attitudes toward their husbands.

“He never helps with dinner, the dishes, or the kids. So what do you think he gets from me later? Nothing.”

Without realizing it, bit-by-bit, people are undoing their wedding vows.

Some months later, I walked by a co-worker on the phone, her comments cutting through her husband. Her barking orders stopped me in my tracks. I felt her contempt and disrespect chipping away at her husband.

In both circumstances, I said nothing. But I wished I had.

Respect is a Verb

Today I might ask, “How would your marriage improve if you and your spouse started showing more respect to each other?” and “Who is willing to take the first step?”

My heart hopes one spouse or the other takes the first step over the one-hundred-a-one faults, flaws and deficiencies husbands and wives scatter before one another. I wish for that first step to land in a clearing—creating space for grace and room with respect rather than onto a suffocating cluster of contempt.

Through the years, I’ve learned that respect is a verb, an action. It’s how we treat others. It can be the first move that changes everything in the marriage—breathing in life. Respect holds the other person in high regard, despite their weaknesses, mistakes and imperfections.

As I delved into the meanings of respect and honor, I came away with an understanding that respect is about showing value through how we treat people, while honor is rooted in the heart.

Honor in Spite of Flaws

One of the key ways we love our spouses is to give them respect, even when we know their deepest flaws and feel they don’t deserve much respect. We are called to honor them in spite of their fallenness. Although it is human and natural to condescend or to be critical and judgmental, God calls us to honor one another instead, because we are each made in God’s image.

Busy and sidetracked, I sometimes unintentionally neglect to actively honor Andy as hectic days threaten to distract me from him or steal my efforts. A moment of stress squeezes out a sharp response. Pre-occupation with my writing diminishes our time together. Fatigue can make me less available to him. One evening, my dishonor developed from a lack of communication.

About two months ago, I left my demanding workday two hours later than expected and exhausted. As I crossed the front door’s threshold, the delicious aromas of grilled steak and jasmine rice wafted toward me. Through the dancing shadows of the orange candlelight, I immediately realized I had taken some wrong steps.

From a dim-lit corner, Andy’s words acknowledged my presence and singed my soul, “You’re a hard one to surprise.”

I never took the time to honor him with a phone call. All the while, he was making an effort to honor me.

I had blown it, and asked for forgiveness.

Have contempt for contempt. Contempt is born when we fixate on our spouse’s weaknesses. Every spouse (including me) has these sore points. If you want to find them, without a doubt you will. If you want to obsess about them, they’ll grow–but you won’t.

His words remind me of something Andy has said on more than one occasion, “What you focus on grows.” Andy could have focused on my lack of respect. Thankfully, he chose to honor me with grace and forgiveness. He knows that part of the transforming work of marriage is to hold the other person in high regard despite their imperfections.

When I am fully aware of my faults, I can offer acceptance to others. I believe we are called to this because we’re in the process of becoming what God wants us to be.

The other day, Andy nestled in his quilt on the recliner, overcome with the flu. I walked by to check on him. I covered his bare toes, giving them an extra squeeze of love.

“Sweetie, can I get you something? Ginger ale?”

My palm reached in and cupped his forehead. “How about some Tylenol?”

“All of the above,” he moaned.

Before I reached the kitchen, his tired voice trailed behind me. “Thank you. I love you.”

“When there is mutual respect in the marriage, selflessness becomes contagious.” – Gary Thomas

Would you leave a comment in the box answering one simple question?

How are some ways you could honor your spouse this week?

Come back next week when we highlight from Chapters 7 and 8.

Part 2: Sacred Marriage: One Way to Love Your Lover (Spouse)

Part 3: Sacred Marriage: The Power of Respect Can Transform Your Marriage

How Far Do I Have to Grow?

A Lifelong Love: A quick video about marital love

One Way to Love Your Lover (Spouse) 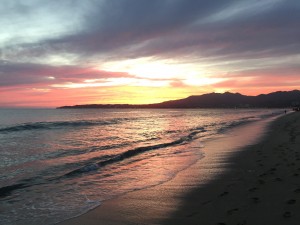 Sacred Marriage: How to Strengthen Your Marriage With God’s Presence 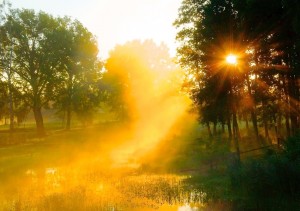